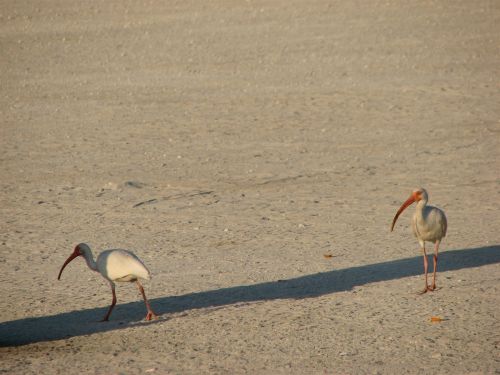 When I think of Ibis, I think of heat, marshes, phragmites, salt on my lips and in the air.  And most definitely the south.  While on a business trip to Fort Lauderdale, Florida, in the dead of summer, I decided to go for a swim at 6am.  The heat had not yet set in and it was wonderful out.  As I trudged across the sand, stepping around people sleeping on the beach; I stopped in my tracks astounded when I saw several White Ibis digging through the garbage cans.  I had never seen anything like it.  Here I thought Ibis delicately probed in the muck for insects, fish or crustaceans.  But let me tell you these Ibis were fighting it out with the gulls for the tastiest morsels.  The shadow in the picture is the garbage can.  I wish I had zoomed out so you could see it.  Huh, who knew?  Ibis prefer stalking the garbage bins for food instead of working the mud.  Or at least these  did. 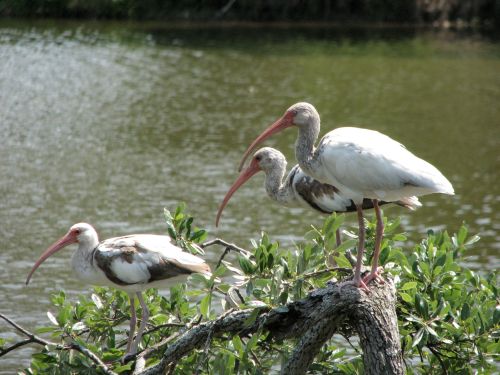