Mt. Peter Hawk Watch is volunteer run.  And am I honored to be among those who will stand on the platform with bins trained to the skies in eager anticipation of the river of raptor that will soon flow south to Mexico and beyond.  Every year at the beginning of the season we all get together to trim back the brush that has seemingly sprung forth from out of nowhere since last fall, chat about birds we are seeing and generally get caught up.

When I arrived at Mt. Peter the clean-up was well underway.  I picked my way down the slope with pruners over my shoulder to tackle the trees and shrubs that were getting out of hand.  We had done such a thorough job last year, I was sure this was going to be a snap.  And while it was less work, there was still plenty to do. 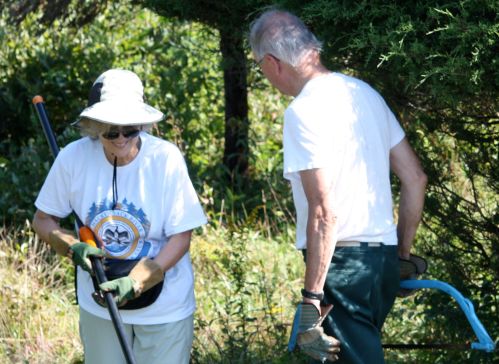 Judy Cinquina is the driving force behind getting the hawk watch organized.  Not only does she solicit volunteers, but pulls together a calendar, makes packets of information, wields a mighty clipper, rallies us, has an easy laugh and has been know to bribe us with ice cream. 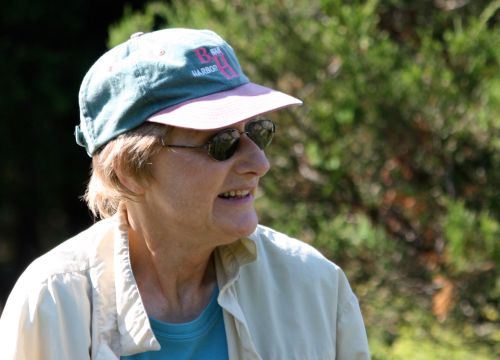 I also love that birders come from both NJ and NY to be part of the count.

Dripping with sweat and plastered with bits of leaves, wood chips and heavens knows what; I reached into a tangle to tug a branch out of the way to find… raspberries.  Ripe Black Raspberries.  Oodles of them.  Mmmm, natural snacks warmed by the sun. 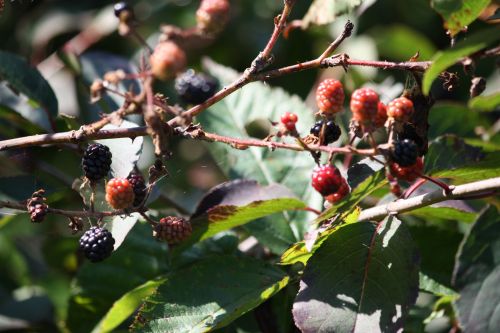 The other cool thing I found while I was down and dirty with the goldenrod was a gorgeous butterfly.

I hope you get the opportunity to take part in a hawk watch this year.  If you can’t find one, you can always come hang out with us.

Tropical Storm Hannah passed in the night leaving a chilly day with scuttling clouds against a bright blue sky.  Thinking it might be too windy for migrating hawks, I nearly didn’t go to Mt. Peter today.  But, boy, am I glad I did.

When I climbed onto the platform, I was greeted with cries of “You just missed it.”  Veteran hawk-watchers, Judy and Ken had watched a trio of eagles lazing in the updrafts, before one turned, heading south leaving the other two to fly back north.  They had put on a show for half an hour.  While there had been hawks, passerines, and the odd Monarch to tally; it was the eagles that caused the most excitement.

I was only there for maybe half an hour when a pair of eagles reappeared from the north spiraling up the thermals to find their southern highway.  Their heads and tails shone in the sunshine and as they circled against the sun, their tails positively glowed.  We watched them awestruck, tracking them as they flew south.  There is nothing like seeing eagles.  An hour later, 3 more eagles popped up from behind the microwave tower.  They too made a bee-line for the south.

At the end of the day, 6 eagles had passed overhead.  I don’t know the finished count, but while I was there, we saw Osprey, Cooper, Sharp-shinned, Broad-winged, and Red-tailed Hawks, as well as the ubiquitous Black and Turkey Vultures.

For me, standing for hours scanning the sky is relaxing.  The world slows down.  I can take the time to really look at everything: study the clouds, notice small butterflies, thrill to the buzz of a hummingbird on a mission.  If you get a chance, come up.  There is someone there most days until mid-November.

While I was hanging out in the Catskills yesterday, I met up with Judy and Rosie from NJ.  Judy runs the hawk watch at Mount Peter.  As the 3rd oldest hawk watch (after Hawk Mountain and Montclair) it is run entirely by volunteers.  She asked me if I could pop over for a work detail to cut down small trees and bushes that were impinging the view of the skies from the hawk watch platform.  Being Labor Day Monday, she was concerned that she would not have a full crew  (Mount Peter is only 15 minutes from my house and she also promised ice cream.  So, hey.)  With a bucket full of loppers, saws, clippers and gloves, I showed up at 9:30 ready to go.

There were quite a few people already repairing the platform when I got there.  With hammering in the background, we started to cut any small trees and gather garbage and beer cans from under the bushes.  As I wandered knee-deep in highbush blueberries, goldenrod, raspberry bushes and wild mountain asters, I cut down oak, pignut, and tree of heaven saplings.  The sun shone from a cloudless sky, yet it was cool in the shade.  The virginia creeper spiraled crimson up the cedars and the wild grapes hung heavy with the its sour fruit.  The blueberry bushes were full of hard green blueberries.  I made a mental note to check on their progress next time I came up.

Suddenly there came a shout, the hammering stopped and all eyes looked skyward.  Our first hawk flew south.  It was a Broadwing.  It’s disapperance was met with a cheer.  As the day progressed, we had resident Red-tails swirling over the valley, Turkey Vultures loafing on the microwave tower, Hummingbirds buzzing overhead and 1 monarch butterfly floating past.  I am looking forward to spending more time on the platform this year.  Hawk watching season has officially started running from Sept 1 through mid November.  Come on over and hang out.