February is the cruelest month.

Although the evening shadows lengthen slowly over field and wood,

while small sparrows ride the stems,

resigned to the cold,

After dropping off my taxes with the man, I decided to drive on down to Oberly Road in Alpha, NJ.  Oberly Road is a birding hotspot for wintering raptors, Snow Buntings, Horned Larks and the much sought-after Lapland Longspur.  Of course, I was hoping for Snow Bunting and the elusive Longspur.  While I got neither, there was a flock of dozens of Horned Larks swirling around and many sparrows.  It was a male Northern Harrier, however, that stole the show.

He appeared out of nowhere, made a few preliminary passes then dove onto a small dark something but then dropped it.  He coursed back and forth over the field intent on finding a meal.  After some minutes he wheeled off to cross the road to search in another field.  I was finally able to breathe again. I do love the gray ghost. I don’t see them often enough. 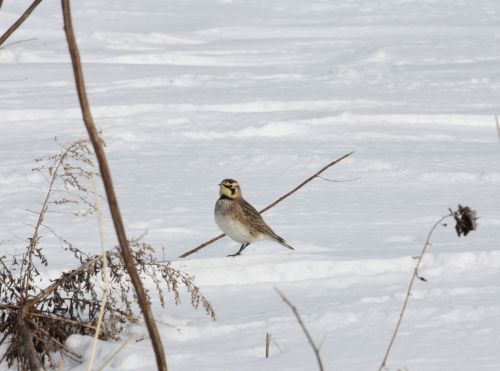 Oh yeah, and the Horned Larks were nice too. 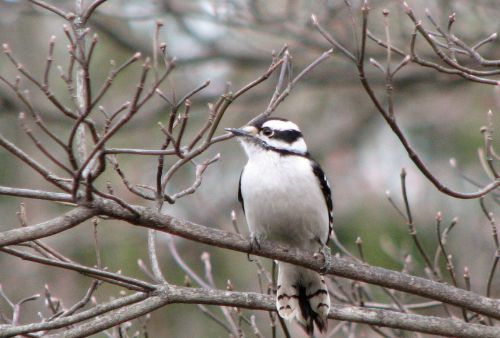 Can you spare a few minutes for the next 4 days to count birds at your feeders?  No feeders?  S’okay. You don’t need feeders, you can go to the local park or wildlife refuge.  You can also include fly-overs and birds you hear if you are sure of the call.  Yes, It is time once again for the Great Backyard Bird Count. I love that this event is short, only 4 days and that I can count as much or as little as I can or have time for.  It is not a huge commitment, BUT your data combined with that of all the other participants can help give a glimpse of the bird population this winter.

Remember last year when we were awash in Pine Siskins?  This year I have nary a one.  But luckily, I do not need to have rare or unusual birds to participate in the count.  I want my lone American Tree Sparrow to be counted.  It comes very winter by itself and hangs around with the Junco crowd.  I have a Carolina Wren or maybe 2 and lots of Chickadees and Titmice and Nutchatches.

It is going to be cold this weekend, so bundle up when you go and keep me posted.

I stood looking down from the bedroom window at the snow.  The pristine blanket of white was broken by a trail leading from the woods down and around the top of the property.  I squinted against the blandness of white on white. The tracks followed the edge of the mountain laurel, stopping at the sandbox then making a beeline to the bird feeders before wandering off through the arborvitae hedge to the neighbors yard.  What the heck!  I threw off my robe, gathering clothes as I headed down the stairs.  I wanted to see if I could tell what they were, so I grabbed my camera as I headed out.

Well, I don’t know.  They look sort of like cat prints. But big. Maybe 2 inches across. I didn’t see any claw marks, so I don’t think they are a dog.  Have you seen bobcat prints? How big are they?  There is a Weimaraner that lives up the hill. Could it be her?

Birding in a Blizzard

I had just fed the birds and was sitting in the garage with the door open when I heard the scrape of the plow coming up the driveway. The driver waved as he inched past making a wide swath through the knee-deep snow.  The birds scattered but returned when he backed away to make another pass.  The driver was someone I had never seen.  He rolled down his window as he prepared to make the final pass and hollered above the roar of the diesel, “Are you a birdwatcher?”  I nodded happily and pointed at the busy feeders.  “I love Chickadees,” he shouted and with a smile and a promise to be back, he crawled down the steep drive onto the unplowed street. 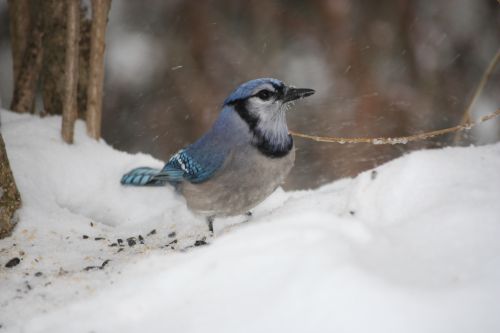